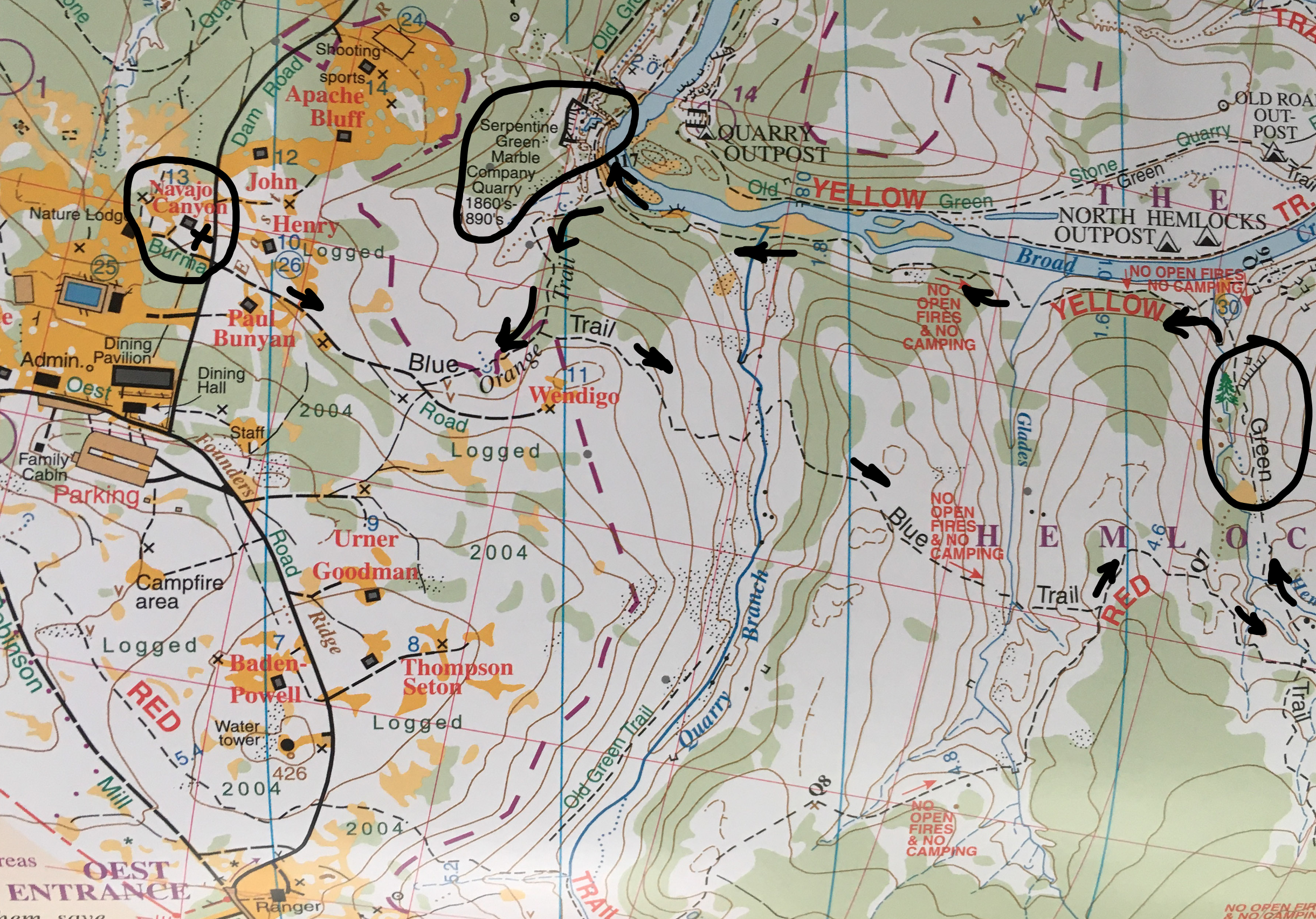 This hike was performed by members of Pack 802 during the Harford District Fall Camporee in 2019.  Once the camporee games concluded we had a few hours of free time to kill before dinner so a majority of the group decided to hike to locate the Hemlock grove located near the Eastern side of camp along Broad creek.  We purchased a Broad Creek Memorial Scout Reservation map from the trading post and decided to perform a loop hike in a counter clockwise direction to visit both the Hemlock forest and the quarry.  We followed the Blue trail (across from Navajo Canyon) East for approximately 0.5 miles before turning North East on the Red trail.  This section of the trail had a few ups and downs as we ran across the contours but gradually descended toward a small creek crossing.  After the creek crossing we left the Red trail for the Green Trail which follows the Hemlocks Branch North to Broad Creek.  The grove of old-growth Hemlocks is located throughout this region and features multiple trees over 300 years old.  The largest recorded hemlock tree in Maryland is 313 years old, 136ft tall, and 11.7ft in circumference.  We were a bit disappointed to observe that some of the Hemlocks have fallen within the past few years but it was still great to be able to see these record breaking trees up close.

Our group continued in a counterclockwise loop to return toward camp along the Southern bank of Broad Creek following the Yellow trail.  Just beyond where Broad Creek turns from a West East heading to a North South heading there are remnants of an old quarry dating back to the 1860s.  We hiked a bit further along the Yellow trail to view the quarry site before doubling back to climb the Orange trail out of the valley.  The climb from the creek side up the orange trail was the most strenuous portion of the entire hike but it should be reasonable for all ability levels with a short rest break part way up.  The orange trail intersects back with the Blue trail that we started on about 0.1 miles away from the Paul Bunyon campsite.

This was a fun hike and a nice addition to our already busy camporee weekend.  I recommend this route for units camping at Oest that have a couple hours to spare or for units wanting to take a day hike at Broad Creek. 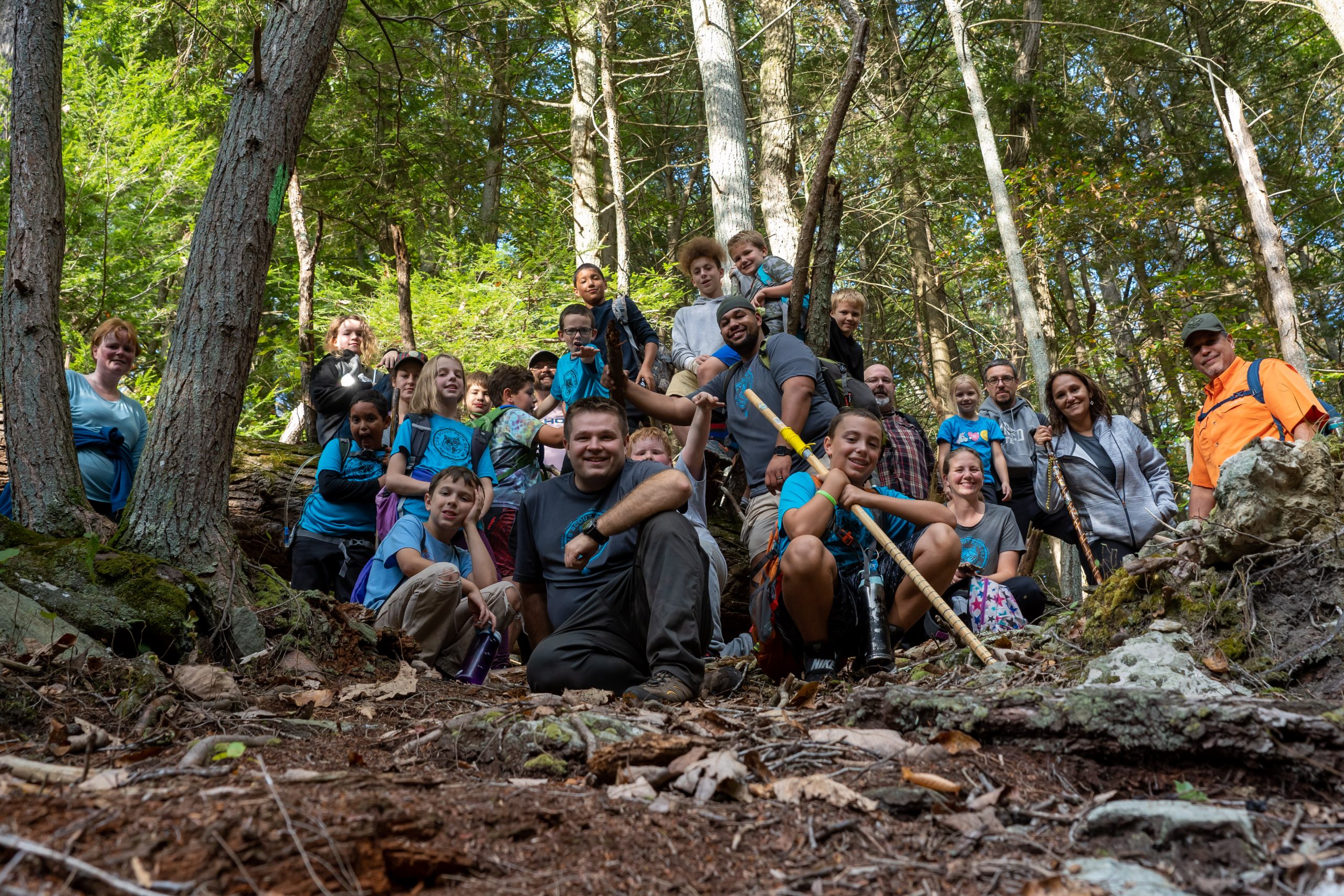